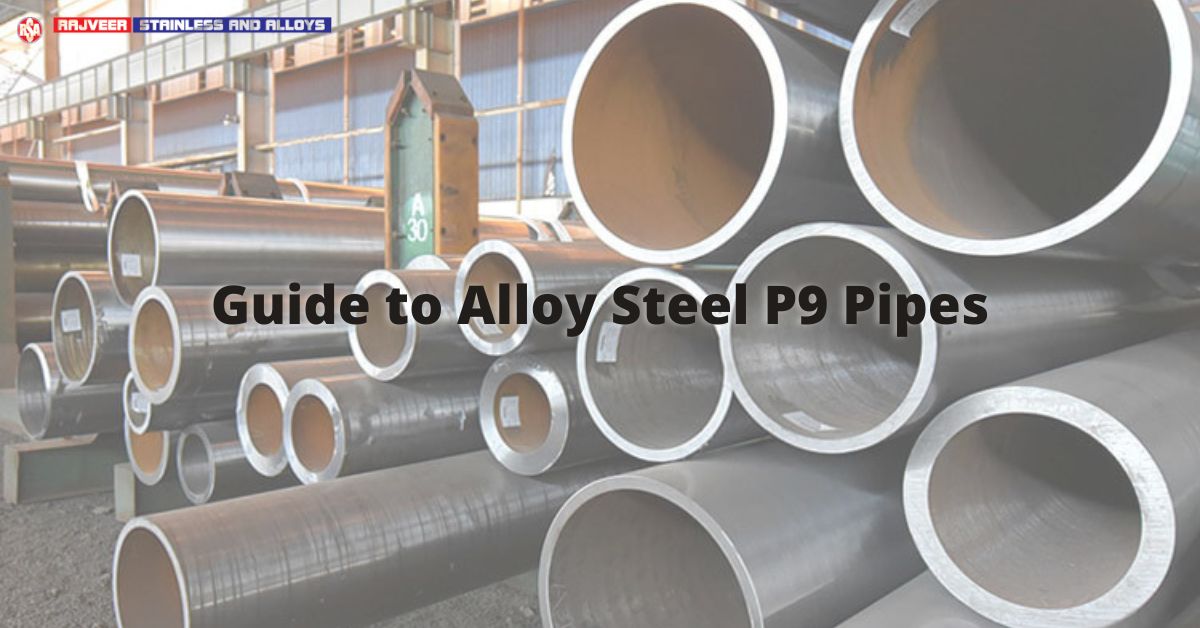 With technological improvements over the past decades, the power of industry-standard materials has grown significantly. One of the common materials suitable for higher temperature applications is grade material or P9. To endure the harsh conditions, the final step in this superheater will be carried in pipes and steam to the turbine. It necessitates primary materials with high strength and quality that do not deteriorate over time, allowing for creep resistance. Strength-Enhanced Ferritic Steel, along with sophisticated Chromium Molybdenum Steels, is widely utilized around the world and has a wide range of applications. Enhance the efficiency of modern materials with outstanding material qualities, even at high temperatures.

More features of advanced chromium-molybdenum pipe with tubing choice include 9 Cr MoV, boron-improved materials, and tungsten. Grades include 92, 122, E911, 23, 24, and others. According to P (T) 91, the CSEF steels differ, so it is primarily necessary to use them with greater care. Steel is a very different material with a higher chromium content and is widely employed in a variety of applications. In contrast to the 5% Chromium, Grade 91 contains 0% Chromium and 1% Molybdenum. Alloy Steel P9 Seamless Pipes is the next best option for allowing a greater number of applications to excel. Chromium mostly increases high-temperature strength by increasing oxidation resistance. In actuality, molybdenum primarily boosts creep resistance, making it beneficial for enabling higher grade manganese and nickel steels, which increase steel hardness to the maximum.

Alloying elements are widely used, so steel is primarily produced at a normalized temperature of around 1050 °C and cooled to around 200 °C. The metal will then be tempered at a temperature of 780 °C. Temperatures and cooling rates are normally very essential. It would also create a microstructure that results in enhanced creep strength qualities.

Typically, the materials are employed in a large number of successful power plant operations. Grade 9 primarily exhibits higher thermal strength in the 600 °C range. Because oxidation temperature primarily limits higher features, power plant designers can more effectively engineer the components. Because it is thinner, it allows power plant designers to simply engineer components such as super heater coils, steam piping, and headers. The metal also delivers a tenfold increase in thermal fatigue life when compared to other metals of comparable excellence. It also successfully allows for a higher operating temperature and increased efficiency at the power plant. When compared to the P9 grade and other grades, alloy steel is typically not tolerant due to changes in the microstructure. Alloy steel differs in that it has a higher percentage of carbon and iron. These are similar to carbon steel but contain additional components. Manganese, silicon, chromium, vanadium, boron, and nickel are the most common elements utilized in alloy steel.

Alloy Steel P9 Seamless Pipes are produced with precision and rigorous industrial standards, primarily according to heat treatment requirements. It is also noted that the failure of base materials is entirely dependent on the various stages of usage. Alloy Steel P9 is primarily utilized for a variety of applications requiring high precision manufacturing and complete reinstatement of the microstructure. When compared to its predecessor, Alloy Steel P9 has many fewer characteristics. The influence of treatment change on characteristics would be much easier to assess, but it is not appropriate for P9. Fabrication during the building phase has the greatest impact on microstructure, which is reversed by accurate heat treatment. It also restores the microstructure to its natural size and shape.

Titanium’s high strength and light weight make it useful in a wide range of sectors. Industrial applications are made possible by the tensile strength, minimal

Difference between Inconel 600 and Incoloy 800

Alloys are considered to be the big family which includes Inconel and Incoloy as part of it. They have different features while also sharing others.

Uses and Advantages of ASTM A106 Gr C Pipe

What is Incoloy 800H Welded Tubes and its applications?

Incoloy is a nickel-iron-chromium alloy that is part of the family of 800 series of alloy. The ease of manufacture is one such advantage that

We are a world-class stockists, supplier and exporter of High Quality Inconel Sheet / Plate, Stainless Steel Seamless and Welded Pipes, Tubes & U-tubes. We offer wide range of products in following Alloys. Our stock range is pre-tested to stringent testing requirements which ensure that in most cases our stock material is already suitable for your needs.